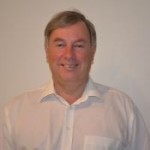 Mike Smyth MA.  - Chair Mike is a solicitor who lives in Milford, Surrey. He is the volunteer Chair of Energy4All and of Wey Valley Solar Schools Energy Co-operative. Previously he was a partner of Lawrence Graham, a major London based firm of Solicitors, for more than 20 years, specialising in corporate and commercial law; and he chaired Friends of the Earth Trust until 2012. 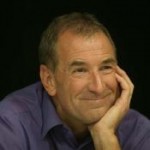 Alan Simpson. Alan Simpson is a founder member of the MOZES community energy co-op in Nottingham and of the (current) Iona solar school project. For 18 years he was the Member of Parliament for Nottingham South.Alan was the architect of Feed-in-Tariff amendments in the Energy Act 2008 and left parliament in 2010 to concentrate on energy and climate policy. He works as a writer, campaigner and advisor on transformation policies. Alan and his family live in an eco-house they converted in Nottingham where they are a net exporter of electricity to the Grid. 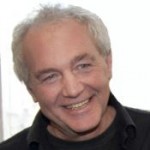 Richard Watson OBE. Richard Watson is the co-founder and director of Energise Sussex Coast, a community energy co-op set up to help residents of Rother and Hastings generate and save energy and Community Energy South, a network of Community Energy Groups in the South East. Prior to that he has been a renewable energy consultant and environmental journalist working for the Environmental Change Institute of Oxford University, the International Co-operative Alliance and the Wildlife Trusts.

Andy Rolfe Andy is a graduate in Electrical Engineering, holds a Master’s degree which focused on the social, environment and economic aspects of UK energy supply, and is a qualified electrician. Until recently he taught for the Open University, with a focus on renewable energy technologies. Andy was part of the management team that founded, grew and finally sold an IT business called Logical Networks plc. Andy is active in Ealing Transition and is a volunteer energy assessor for the South West London Environmental Network, carrying out energy assessments with a focus on schools.

Laura Moreno Laura is a Project Technician – Solar PV for Grupo Cobra, based in Madrid.  Previously, Laura worked as a Project Manager for Energy4All and as the principal manager of the six existing E4A co-operatives in the south-east, working with the boards of those co-operatives to deliver their objectives. She was also responsible for the identification and assessment of potential renewable energy/carbon reduction projects suitable for community ownership across a range of technologies. Before that Laura worked for a solar installer, managing a range of installations within the community sector. 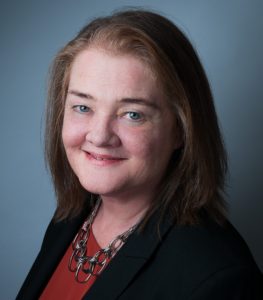 Eilish is an accountant, a Member of the Chartered Institute of Management Accountants, and has held senior roles in both the commercial and charity sectors, including as Finance Director and Operations Director of Friends of the Earth until 2017. She is a graduate in Marine Biology and holds a Masters in Environment, Society & Policy. She is currently the Treasurer and Company Secretary of the Women’s Environmental Network, and on the Board of the Chartered Institution of Water and Environmental Management.

2002 and became Finance and Administration Director shortly after. She is responsible for the professional management and administration of all the Energy4All family of co-ops. Her role includes finacial control, project costing, projections, banking and treasury. She is also a director of High Winds Community Energy Society. In Spring 2018 Annette was awarded an MBE for services to community energy.

Manage Cookie Consent
To provide the best experiences, we use technologies like cookies to store and/or access device information. Consenting to these technologies will allow us to process data such as browsing behavior or unique IDs on this site. Not consenting or withdrawing consent, may adversely affect certain features and functions.
Manage options Manage services Manage vendors Read more about these purposes
View preferences
{title} {title} {title}